Marie & Andrew - The girl Who Learnt to be a Child

Marie and Andrew adopted their three children through Adoption Focus. In this post Andrew writes about their older daughter and reassuring her that it's OK for her to be a child.

To many people, our eldest daughter seems very straightforward. She is very well behaved, well spoken, polite and very clever. Yet in many ways, of the three children she was undoubtedly our biggest worry when she moved in. Her propensity to care for her siblings. Her reluctance to give and accept affection. Perhaps of most concern was we never saw her angry. She never lashed out physically or even verbally. She was 90cm or so of pure compliance.

As we know, it’s the children who are introverted who we should feel most anxious about. Those that act it out are telling us loud and proud how they feel. Of course we were prepared for this.

As the eldest she remembers the most about her birth family. Her attachment needs are different and a new family for her was a much bigger deal. Her loyalties torn between old and new. At one point it was thought she may need to be placed on her own, such were her needs. One to one attention thought to be more important than being with her siblings who she would always feel an unwarranted responsibility for.

Thankfully the plan changed as she has herself. When she first arrived her resting face was one of worry. It was as if she had the weight of the world on her shoulders. She didn’t see herself as an individual and always concerned herself about what the other two were doing.

Now she can be downright irritating, but how refreshing that is. She is as a girl of her age should be and we are so proud of how she is doing. There is mutual appreciation between her and school. She has lots of friends. She laughs at toilet humour. The transformation from Atlas to Finbarr Saunders is almost complete. She gives affection freely and she is happy. She is letting herself go and grabbing hold of her childhood again. We still don’t get real anger but we get the odd flash of defiance which we are secretly thankful for. We could do without the eye rolling though.

Undoubtedly she has a long way to go and I’m sure there will be bumps in the road. That’s OK because we will love and support her all the way. For now we celebrate the fact that her bag of worries appears to be that little bit lighter.

You can read more from Marie and Andrew on their blog. 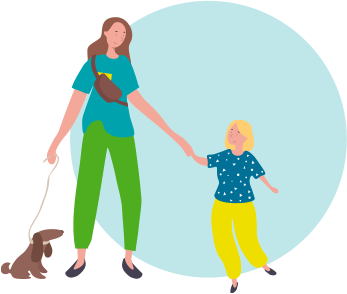